This is quite controversial, given that the worldwide calcium-supplement market is worth $3 billion a year," says Reid. "The trial was primarily looking at what calcium supplements do to bone density, but we had a secondary hypothesis right from the outset that calcium might actually prevent heart attack. What we found, to our surprise, was that we didn't see a decrease but an increase, and the findings appear to be quite robust." Reid added, however, that there have been some clues from three other recent studies, including one from Women's Health Initiative (WHI) in the US : "these three did not find significant increases in the number of heart attacks [with calcium], but they have found upward trends." 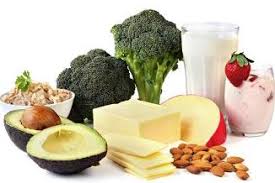 Reid says that "there is a possibility that this was a chance finding, but what makes us believe that this is not the explanation is that there have been three other recent studies--one from the UK, one from the US, and one from Australia--that have found upward trends in the numbers of heart attacks with calcium, so we are showing the same sorts of trends."

"Taken together, these four studies raise major concerns about the cardiovascular safety of calcium supplementation, particularly with respect to MI in older postmenopausal women," say the researchers in their paper.

Reid says it is important to consider age. The women in the New Zealand study were quite old, those in the Australian study were similarly elderly, but those in the US--the WHI study--were more than 10 years younger, as were the ones studied in the UK.

The findings from his study may also be stronger, Reid said, because they used quite a high dose, 1 g per day, and a more soluble calcium preparation than others have done, which probably resulted in better compliance. "And our study is a bit longer than some of the others, so that may also explain why we've got a more powerful effect.

"The other thing that makes us think that this is not a chance finding is that it is now pretty well established that patients on dialysis using calcium supplementation are at increased risk of heart attack and death.

"What we think is happening is that the higher calcium intake--and particularly the bolus of calcium that supplementation provides--is somehow accelerating the laying down of calcium in the artery walls of the heart," he notes.

"The way I interpret this is that if you have preexisting heart disease--which probably most of our participants did, although they probably weren't aware of it--then the extra calcium appears to be bad. But if, on the other hand, you are 54 and you have nice clean arteries to your heart, then probably calcium is not going to cause you any major problems. That's my take on it. But I don't know if it can be proven."

He added that the advice they have been providing to women in New Zealand in the past few months, since they became aware of these findings, "is that if you are in the older age group and are known to have heart disease, it's probably not sensible for you to take a calcium supplement. In younger people, calcium supplements look reasonable, but it may be sensible to aim for a smaller dose, say 500 mg/day."

He noted that the study also showed--"in a more clear-cut way than any other"--that calcium substantially slows bone loss, "so going down to 500 mg/day is not going to achieve the same bone benefit, although it is probably a safer balance."

But for patients who really have major problems with osteoporosis, "it's much more sensible to focus on using specific osteoporosis drugs," he said. "If you've got osteoporosis, take other things, don't just rely on extra calcium."

Another way to prevent osteoporosis is to use vitamin-D

Fosamax the osteoporosis drug has its own issues provided in the link.

A link has been found that Celiac disease accounts for osteporosis.

A girl battles back from GBS

A girl with stiff person syndrome

MS does not stop star athlete